Besides our stellar artists, many people behind the scenes work(ed) their butts off for many MONTHS to make these nice & shiny videos for you!
Meet the fine folks without whom absolutely none of this would have ever happened: 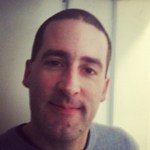 Falk Willis, Founder & CEO
The guy with the crazy idea
Having been a professional Jazz Drummer himself for many years and running his own businesses for 10 years after that, this apparently had to happen! Being the idealistic type, he initially dreamed up doing this all by himself, incl. shooting/editing the videos on a little handycam. Yeah, right. NOT! Special shout-outs to the fearless men and women below who made it all happen! This project is dedicated to Falk's parents: Manfred (involuntary angel investor extraordinaire) and Falk's late, great mother, Irmi. 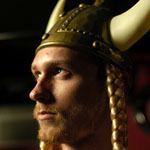 Greg Harriott, Videographer & More
Don't judge a man by his looks…
Greg has been a part of the JazzHeaven family since 2009, adding his many technical and creative skills. His current role at JH is production based, planning and executing the camera and lighting setups. He has also worked to design the post workflow and edits. When Greg isn’t working at the JazzHeaven studio, he is either shooting independent documentaries, rock climbing, or maintaining fjords and the armada of viking ships he oversees on a daily basis.
He can be found at GregHarriott.com. 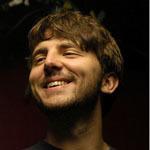 Mike Doyle, Videographer & Photographer
A man of many skills…
Mike joined the team at the start of 2010, and helped figure out the visual style of JazzHeaven, collaborating with Greg on Lighting and Camera layouts. He has also done most of the fantastic photography for our covers and title cards, with the goal of bringing some of the classic imagery of Jazz to our projects.
And, as if all that would not be enough, Mike edited one of our first videos, Ralph Peterson's kick-butt “Jazz Drumming Demystified”. 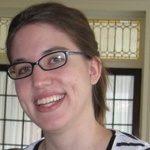 Lauren Lench, Video Editor
“You know you needed some more female energy here…”
Lauren is the most recent addition to the team.
To our delight, besides being a fine video editor, she also plays bass and piano,
and is a graduate of Berklee College of Music and Boston University.
A great fit.
Lauren lives with her husband and 2 crazy dogs in Greenville, SC. 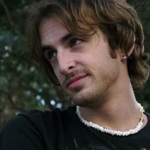 Todd Nilssen, Video Editor & Resident Geek
“I am a mean editing MACHINE…”
Besides being a serious post-production wizard, editing at lightning speed and being a certified technology geek that creates crazy software that makes our lives easier, Todd enjoys bowling and courteously helping old ladies across the street all over New York State!
Actually, just made that last part up.
More intel on Todd will be revealed when he actually gives it to us! 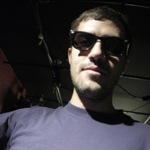 Dan Stringer, Audio & Mix/Master Engineer
“Who needs sleep anyways?”
Dan lends his exquisite ears to our projects, recording them and also taking care of mixing and mastering later.
He is also the coolest member of the team (-> glasses).
Dan makes sure the audio side of things keeps the level of quality we worked our butts off to create on the video end.
And he succeeds doing so.
Texas, five stars. 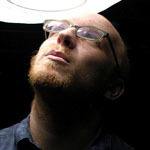 Vince Perretti, Graphic Design
Another man that doesn't need sleep…
One of the more wayward sons of JH, Vince finds himself teetering the line of no quarter & family member with the project.
His official role is still unknown.
That said, he fearlessly over-delivered the goods and helped us out tremendously with his many skills.
And we appreciate it! 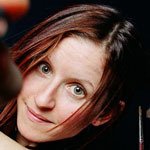 Zoe Matthiessen, Original Artwork
Artwork from Heaven
When Falk saw Zoe's work on sites by Larry Goldings and Ari Hoenig, he knew that he had found the perfect choice to give the whole JazzHeaven world its unique creative twist and look. And that's exactly what Zoe did…
You can find her at ProductiveInsomnia.com.